Do you find yourself struggling with obedience and saying yes to God?

Would you say it’s a trust and faith issue? For me, I believe it was a trust and faith issue. It was hard putting my trust in Him when I was pretty much living on my own plan for my life. That may can be the case for many of us. We have a hard time putting all our trust in something we don’t understand and can’t see. Its easier to put trust in ourselves vs releasing that to put all trust in the Father.

We definitely know when we can or can not do something, but when it’s something big, we usually automatically resort to “I can’t” and shut the door. We think it must not be meant to be because we can’t see past it actually being a possibility.

We tap out when it feels it will be too hard, right?

Let’s back up for a second. How do we even know when God is speaking to us? Well that takes to training to learn to be still enough to hear his small still voice, but in the midst of a busy life, He could be speaking through a multitude of things.

Have you ever had this nudging to do something, but it scared you, yet it felt like it was a good thing?

Have you ever had the same thing come up in your life around the same time and it just felt like it was a coincidence?

Have you ever had a idea pop up in your mind that seemed bigger than you?

Have you ever felt lead to give something special to you away, but it felt like an internal battle because you were attached to it?

Have you ever had someone tell you something positive over something you were doing and it encouraged you to go after more, but it seemed like new territory?

Have you ever been in church and it felt like the sermon was written for you?

Have you ever walked through nature and felt this overwhelming sense of something new or like you were coming alive with fresh revelation on something?

Have you ever felt this overwhelming sense of calmness in the midst of something extremely hard, like maybe something was being spoken to you, but you didn’t quite hear an audible voice?

There are so many more ways he speaks, but if you have experienced any of the above, that is usually God speaking, leading and nudging you.

But thinking back to a time where He may have been speaking to us, how many times have we missed out due to saying “No” out of fear of what could happen?

When we choose obedience, I gotta tell you it will come with opposition and challenges.

Obedience is not quite the easiest thing. Especially when opposition comes right after you say yes, to make you think, “Well its not meant to be”. Sometimes it may feel like you are being stretched and you are about ready to tap out, but you guys, stay in it and sit in it.

I have learned that is a time to push through that opposition. And it can seem to take all the faith you have when you decide to push.

It becomes a sacrifice. You are choosing God and His ways over your own will and your own plans.

A sacrifice we make is only temporary. Victory, breakthrough and deliverance is permanent. Allow yourself to be stretched for the sake of bringing someone else through the valley.

I am very passionate about bringing others through the valley of a challenging time in life. But even though I am passionate and it fires me up, it’s not always easy.

The question is what would we be willing to do when God nudges us to dive in with Him?

Will we say “Yes” or will we run for the hills and pretend we didn’t hear anything?

Sisters, I promise you, God will show up and do what only he can. He will use you as a vessel to carry out His will and His glory will be revealed. I can attest to letting go of my own plan and saying yes to His, has been an amazing journey. More than anything I could ever have done for myself or in myself.

Can I just encourage you to lean in and say “yes” to Him. He wants to do a work in you too through your obedience.

This site uses Akismet to reduce spam. Learn how your comment data is processed. 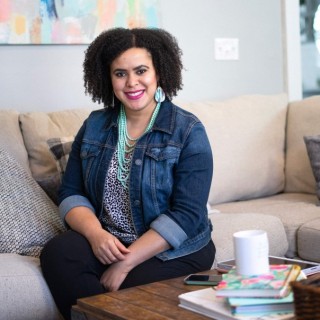 Hi all! My name is Crystal. I am an artist, natural light photographer and writer in the Lowcountry in South Carolina. I am the founder of RAW - Real Amazing Women, and online community for women. I love Jesus and Coffee. I truly love all forms of art, I am obsessed with dancing to my own beat, laughing, life and your story. I hope you find love, inspiration and maybe, just maybe, you find your own voice to tell your own story.