You Are Brave. You Are Courageous.

I was the shy kid back in the day. The one that did not say two words half of the time in class. If I got called on, I literally wanted to sink into the floor. I wanted to be invisible so many times. There is two sides of this though. Around the people I knew and trusted, I was silly and could talk a mile a minute.

But for the things I wanted to try and do, so many times I was left feeling like I wasn’t brave enough. I didn’t have courage to step up and step out. 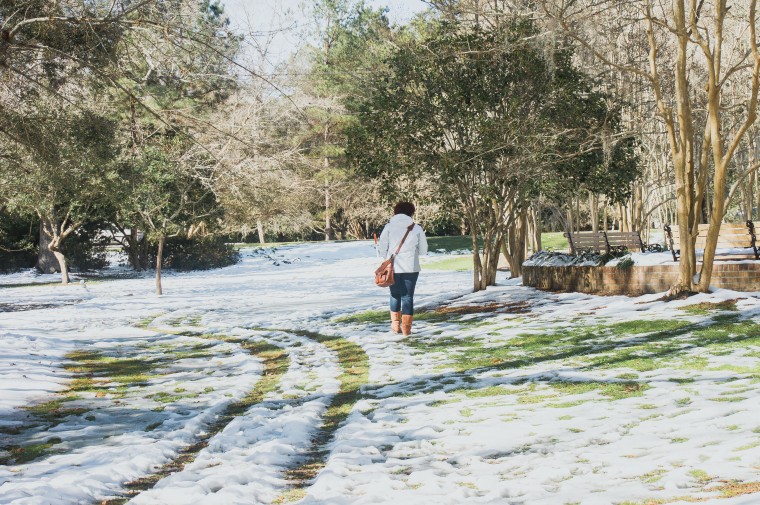 How do we get to a place where we are brave and courageous? By soaking in TRUTH.

We have so much day in and day out telling us a bunch of lies. Lies we end up falling for so many times.

We have friends that aren’t believing in us or have small minds, so they say stuff that keeps us down.

We have neighbors that are talking a certain way that doesn’t speak truth and life over us.

We have family members that cant’s see our visions that God gave us so they don’t understand. What ends up happening so many times??

They let something fly out of their mouths that does not produce fruit. They say things to put us down not even truly knowing it. They think they are protecting us. But the enemy knows what he is doing. He uses those close around us to steal, kill and destroy.

We have bosses that are not true leaders. I know so many of us have had a boss that instead of teaching and correcting, they used words that bring us down. We take those words to heart because this was someone that we admired and looked up to, right??!

We are left feeling so less than and not enough like we don’t measure up.

It literally sucks! Its a wonder we women make it out of the darn bed each day!

You are wanting to rise up to a better life. The life you have been called to. The life you have had visions of for years. You get up and get knocked back down. You want to be brave and push past it all, but those opinions of other people have kept you so small.

I want to tell you something.

No matter what someone has said to you where you feel like you have to scale it down in order to exist around them, be brave and courageous to be YOU unapologetically.

You were made to be free.

Now as we start to step out and take brave steps towards the life we have been called to live (that doesn’t always associate with our CALLING), we will grow with each brave step and then it will be essential to continue taking brave steps and being courageous.

Do you know what happens with me? I get an idea or God speaks to me. I say YES!!! All excited and full of enthusiasm and then a few moments later, I am hit with ridiculous thoughts of how I am not qualified, how there is someone doing it better, and how I won’t be good at it.

I have some choices to make here. I can choose to shrink back and not step up, OR I can remember truth and step out trembling and shaking, knowing that if God brought me to it, he will bring me through it.

But when the disciples saw him walking on the sea, they were terrified, and said, “It is a ghost!” and they cried out in fear.  But immediately Jesus spoke to them, saying, “Take heart; it is I. Do not be afraid.”

And Peter answered him, “Lord, if it is you, command me to come to you on the water.”  He said, “Come.” So Peter got out of the boat and walked on the water and came to Jesus. But when he saw the wind, he was afraid, and beginning to sink he cried out, “Lord, save me.”  Jesus immediately reached out his hand and took hold of him, saying to him, “O you of little faith, why did you doubt?”  And when they got into the boat, the wind ceased.

Jesus calls us out beyond the shore into the water to do brave things! He makes us brave!

The other truth is, that there is only one of each of us that exists in this world. Sure, we do many similar things, but only YOU can bring your experiences, life story, and personality to what you are doing.

As we go from glory to glory (evolving), each of those transformations may make us feel like we are changing. And truth is, you will have changed some, but mostly its coming alive. All of who we are has been within us the whole time. We may have just packed her down over the years in order to not be too much for some people.

If people thing we are too much for them, its okay. I promise you! You still be YOU!

So let me tell you my love, you ARE brave and you ARE courageous. You have what it takes to step out and go for whatever it is you want to go for.

Some people may look at you weird. Its okay.

Some people may judge you. Its okay.

Some people will have something to say. Its okay.

Some people will talk about you. Its okay.

You can not live the life you want, worrying about small minded people. YOU ARE WORTHY of being free to do your life only the way that you can.

“for God gave us a spirit not of fear but of power and love and self-control.”
2 Timothy 1:7

My love, GO AFTER EVERYTHING that you were created for. And repeat after me, day in and day out:

← Holiday Expectations In Our Minds
Happiness in Thoughts. →

This site uses Akismet to reduce spam. Learn how your comment data is processed.